I just made a quick update to the chaos testing tool, UI AutoMonkey. You can now specify an interval for the script to take screenshots while it is running. 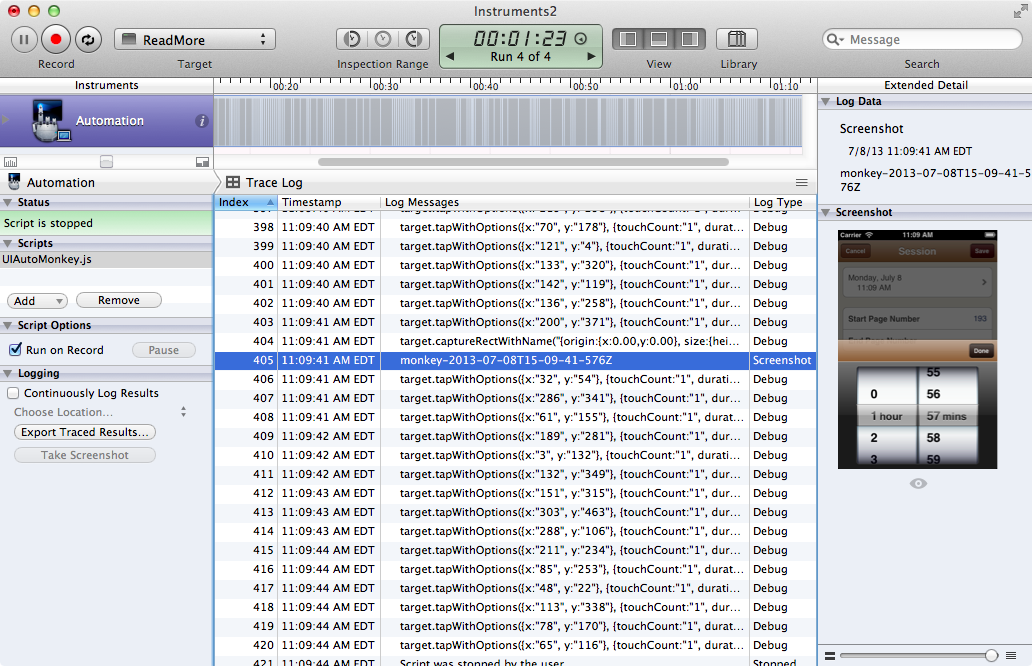 Spin up your application in Instruments with the Automation instrument like you normally would1. Import the UIAutoMonkey.js script into your trace document, then uncomment the configuration setting at the top of the script to set how often you want to take screenshots.

The screenshotInterval configuration setting determines how many seconds occur between each shot. If you are running Instruments and UI AutoMonkey from the command line, then your screenshots are stored in the UIARESULTSPATH directory that you provided as an argument. If you are running through the Instruments GUI, then you can just click the “Export Traced Results” button in the left hand sidebar of the Automation instrument, pick where you want everything dropped and, boom. You’ve got screenshots of your app wilting under the unyielding onslaught of the UI AutoMonkey.

✦ Permalink
← What Can We Learn From Languages Without OO Inheritance?!?
Eero hits v2.0 →